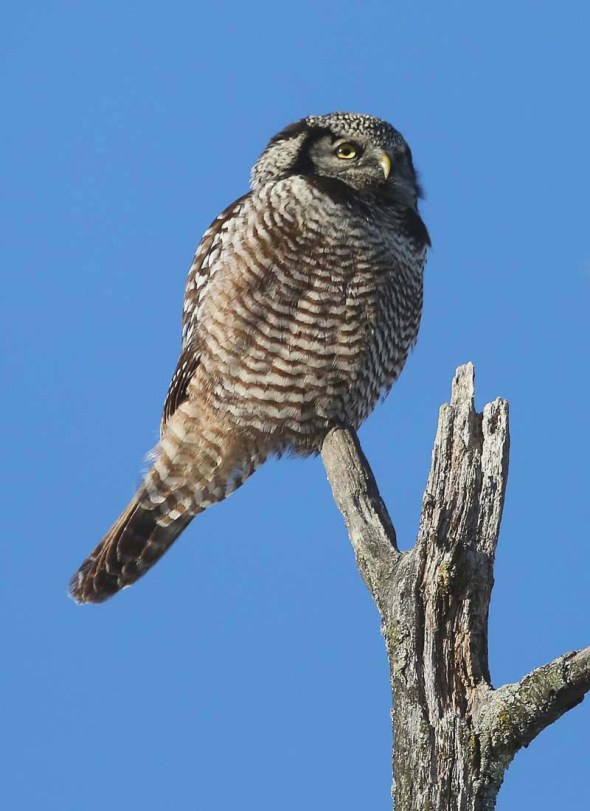 The Northern Hawk Owl is a bird of the remote Alaskan and Canadian boreal forests. Its name reflects the fact that this diurnal owl has both the appearance and behavior of a hawk, specifically, an accipiter. Although the Northern Hawk Owl winters throughout its breeding range, it periodically erupts southward into southern Canada and the northern United States. Sightings of this bird are rare in Vermont, but in recent winters, including the current one, there have been some. As with Snowy Owls, the magnitude and extent of these winter irruptions are thought to correlate with high reproductive success followed by severe winter conditions and decreased prey availability, but much remains to be understood about their winter dispersal habits. What we do know is that the Northern Hawk Owl’s skills as a hunter are very impressive. It can detect prey (small rodents, grouse, hares) by sight at a distance of half a mile and just using its ears can find prey under a foot of snow.