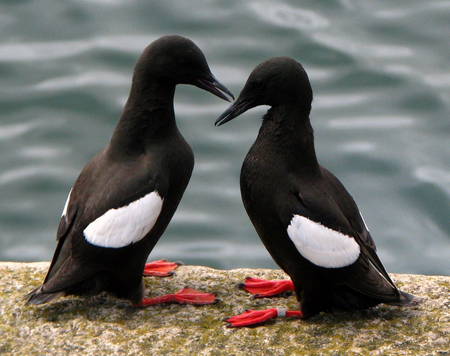 As any naturalist should know, chances are great that if a bird must swim in order to capture its food, it probably has webbed feet! 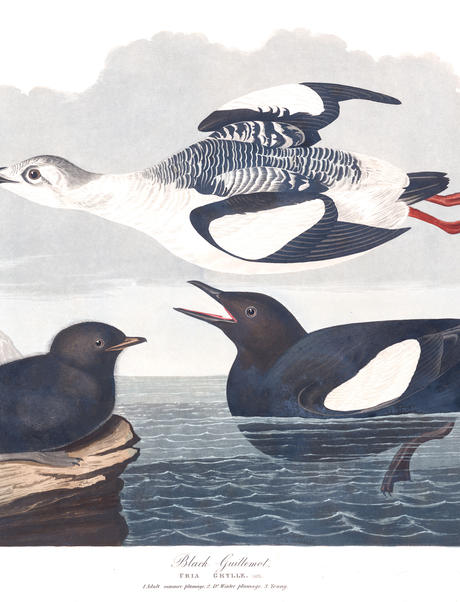 Let me first say that the scenario I describe is conjecture, albeit conjecture based on the evidence posted yesterday. Today’s post may well tell you more about my train of thought when interpreting signs in the snow than the actual events that took place! The tracks were discovered and photographed by Sally Grassi of Camden, Maine, who saw a large bird (I thought that telling you this would be giving away too much!) devouring something while perched on the snow at night. The tracks that may appear to some as leading to and from the kill site are marks made by something that came out of the sky – they come from and lead to nowhere. I apologize if they were misleading. Given the myriad of ways this scene could be interpreted, the guesses made were strikingly on the mark. Kudos to Kathie Fiveash, who correctly guessed the prey species.

Plot: A bird of prey attacked another bird and proceeded to consume most of it.

Characters: As to the species of predator, the fact that this activity took place at night points to an owl, and the size of the bird eaten (deduced from the size of its remaining foot and bones) narrows the attacking bird down to most likely being a Barred Owl or a Great Horned Owl, both of which are found along the coast of Maine in the winter. (Snowy Owls are diurnal and therefore, even though there are individuals that have irrupted into New England this winter, the likelihood of it being a Snowy Owl is minimal.) Although we can’t know for sure which species of owl it was, chances are great that it was a Great Horned Owl, as they routinely eat large prey, and Barred Owls only occasionally feed on birds this size.

As to the identity of the prey — the geographic location, the time of year, the few remaining feathers and the color of the remnant (unwebbed) foot and leg appear to eliminate all but the Black Guillemot. Although totally black with white wing patches during the breeding season, this alcid (member of the family of birds that includes puffins, murres and auks) has a mostly grey/white plumage in the winter, and brilliant orange-red legs and feet year round. It can be found throughout the year along the coast of New England where it hunts for fish, crustaceans and invertebrates in shallow water near shore. (Thanks to Sally Grassi for Mystery Photos, to George Clark for confirming prey I.D. and J.J.Audubon for the Black Guillemot illustration.)