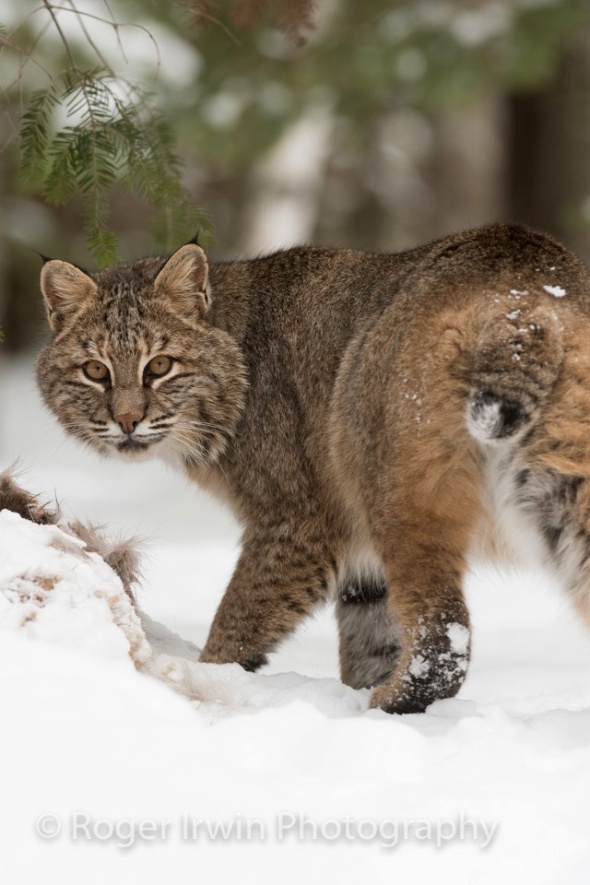 Bobcats are active at dawn and dusk, when their primary prey, rabbits and hares, are active.  However, they are very secretive and you are more likely to come across their signs than  bobcats themselves, especially at this time of year. January and February are the peak of Bobcat mating season, and females are busy rubbing their cheeks and bodies on scent posts, as well as marking their territory with urine. They also partake in yowling quite frequently, all of which enable male bobcats to readily locate females.

As a male approaches a female, he is either warmly welcomed or aggressively fought off, depending on her state of receptivity. Once she’s receptive, she becomes quite vocal, arches her back and circles around the male. Play-like behavior follows, with the pair throwing themselves at and chasing each other. Eventually mating takes place, lasting only about five minutes.  Bobcats compensate for the brevity of their mating with the frequency with which they engage in it (up to 16 times a day for several days). When copulation ceases, males disappear and play no part in raising their young. (Source: Behavior of North American Mammals, by Elbroch and Rinehart) (Thanks to Roger Irwin, wildlife photographer, for the use of his photo. You may visit his gallery at www.rogerirwinphotos.com)