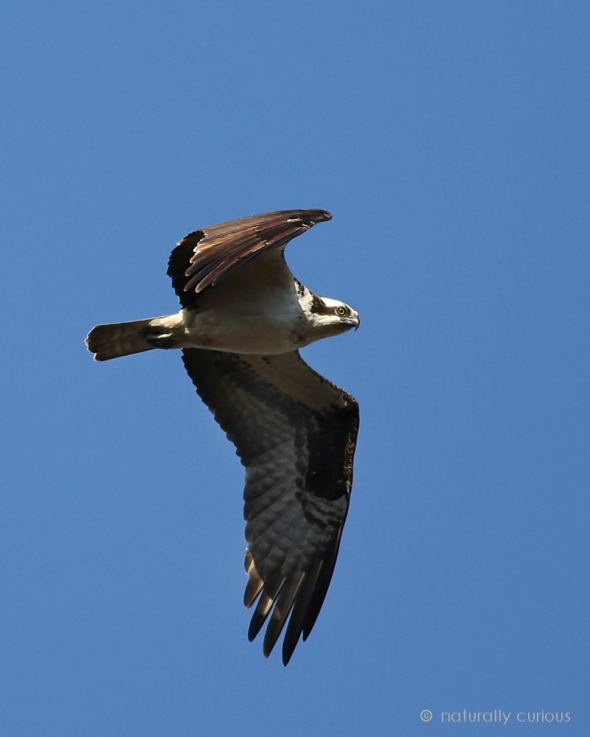 Banding birds, and the retrieval of these bands, has provided valuable information on the movement of birds. Today we also have the benefit of satellite telemetry, in which a bird carries a tracking device and its location is calculated via satellites that orbit the Earth.  The following is just a sample of what this tracking technology has revealed about the migration of Ospreys.

There are significant differences in male and female timing of migration (females leave up to a month before males), distance traveled and overwintering locations.  There is strong fidelity to overwintering sites as well as to migration flyways.  Breeding pairs of Osprey do not migrate or overwinter together, and adults do not migrate with their offspring.  Ospreys rarely migrate at night over land but inevitably migrate at night when undertaking longer (more than 12 hours) water crossings.

Subtle insights into migratory behavior can be gained by the findings of satellite telemetry, as well.  Their first flight south by juvenile Ospreys is often largely over water. A majority of juveniles migrating over the Atlantic Ocean from Massachusetts to the Bahama Islands flew as many as 1,500 miles over a period of up to 58 hours. The fact that no adults or 2nd year birds took this route over water suggests that juvenile Ospreys learn the coastal migration route during their first trip north.

These few facts don’t begin to exhaust the information gathered from banding and satellite telemetry on Ospreys, much less many other species. They just serve to illustrate how modern tracking technology compliments and increases the information formerly gathered by firsthand observation and banding.