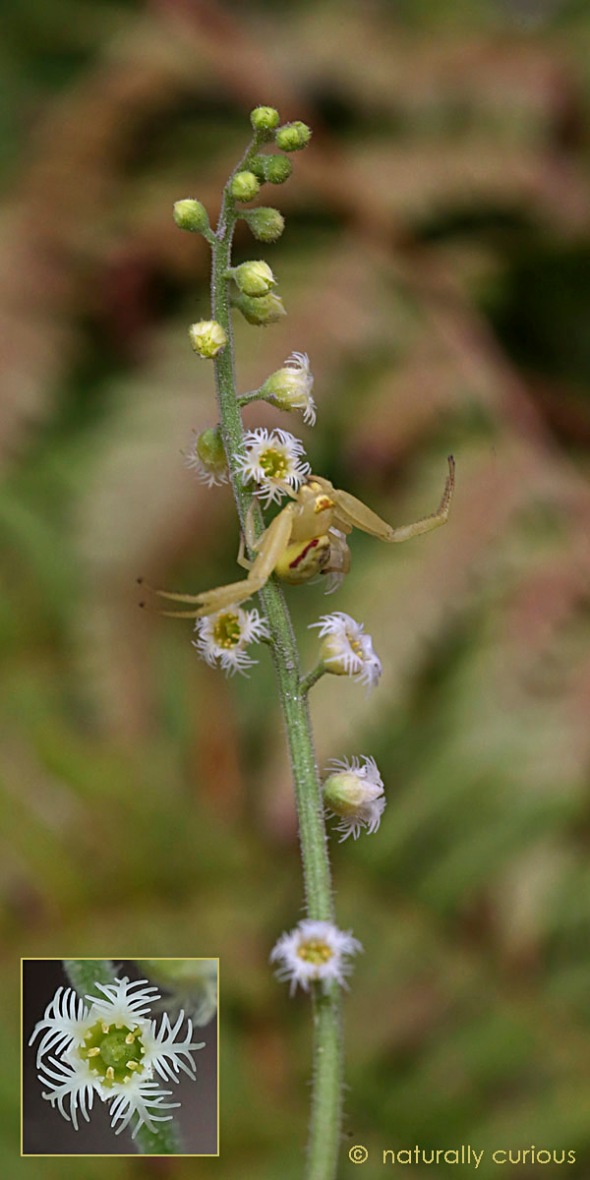 Miterwort (Mitella diphylla), also called Bishop’s Cap, is named for the resemblance of its two-peaked fruits to the hats (known as miters) worn by bishops of the Roman Catholic Church.  This spring wildflower produces miniature five-pointed snowflake flowers that beg to be examined with a hand lens.

Gnats, small bees and syrphid flies all seek out Miterwort for its nectar. Because its nectaries are located just below the stamens, the flower is pollinated by the mouthparts of the pollinators which brush against the stamens when collecting nectar and the inadvertently-gathered pollen is transported to other Miterworts.  Predators such as the Goldenrod Crab Spider (pictured) know that potential meals are plentiful near these delicate flowers.