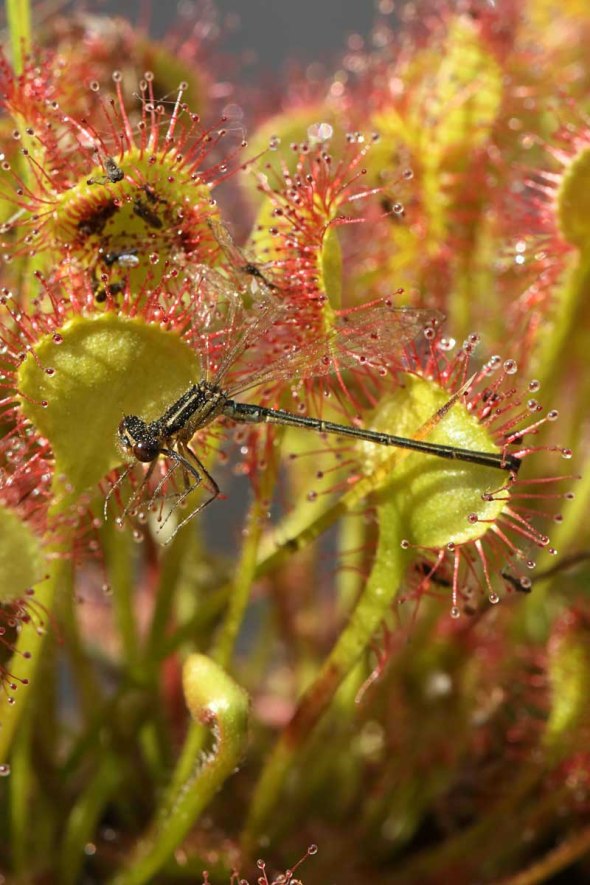 Sundews (Drosera spp.) are carnivorous plants often found in acidic bogs, fens and cedar swamps. They have numerous small leaves arranged in a circular, or rosette, pattern and they are covered with reddish, glandular hairs, or tentacles, that exude a sticky secretion at their tips. Insects, attracted to the glistening sticky droplets which resemble dew, land on a leaf and become stuck. The movement of the struggling insect triggers cell growth in the glandular hairs and they begin folding over the insect within 60 seconds. An anesthetic is released by the plant’s hairs, causing the insect to become motionless. Digestive enzymes are then secreted which liquefy the insect’s internal organs so that they can then be absorbed by the plant’s hairs. Although insect prey is not vital to sundews, the nitrogen the plants receive from the insects enables them to thrive in environments where nitrogen is in short supply. The damselfly pictured has been captured by a Round-leaved Sundew’s glandular hairs which have rendered it motionless and have started to grow and fold over the tip of the damselfly’s abdomen and its wings. 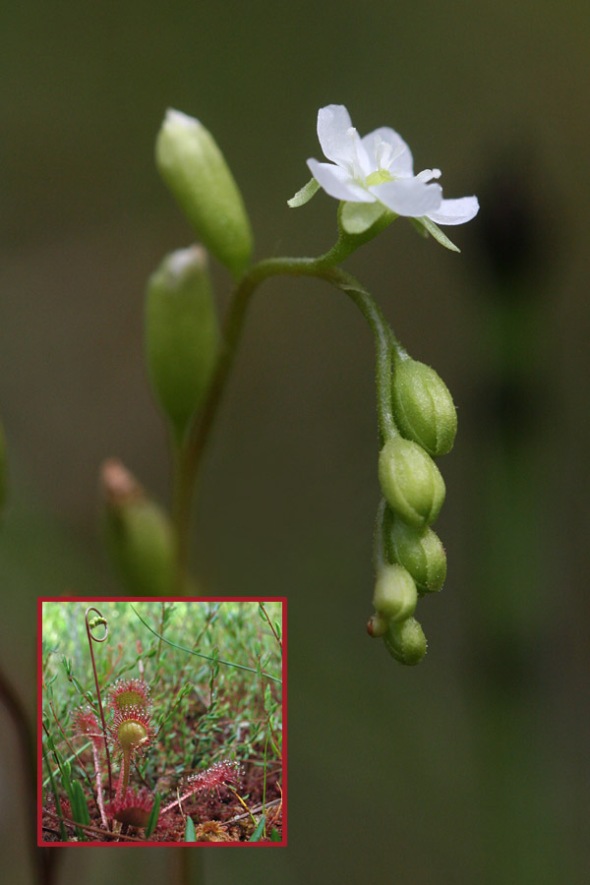 Sundews are familiar to most people because of their carnivorous life style, trapping and dissolving insects with the glandular hairs that cover their leaves. As amazing as this ability to supplement their diet is, there is even more to admire about them. At this time of year, Round-leaved Sundew (Drosera rotundifolia) unfurls a single curled-up stalk with flower buds running up one side of it. The buds open in succession, one at a time, when they reach the apex of the bending flower stalk, revealing tiny white or pink flowers. 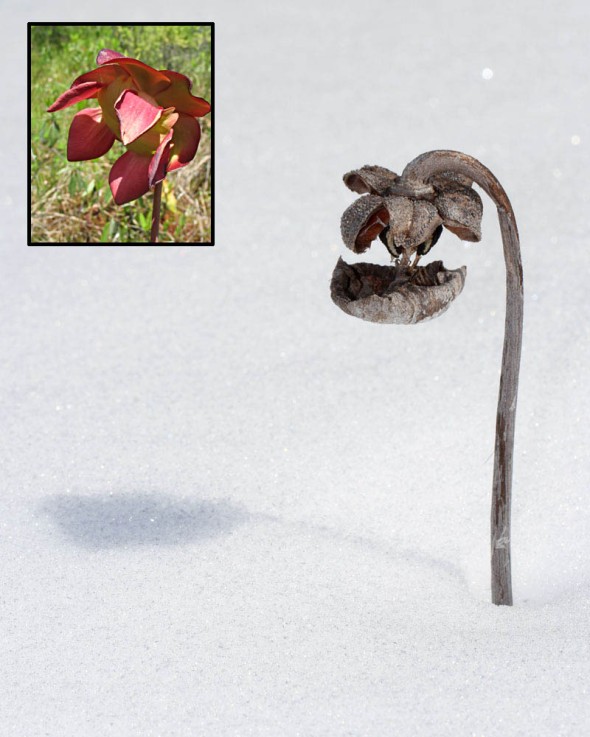 The pitcher plant flowers that bloomed in bogs last June persist through the winter. Their maroon petals are gone, as is their scent, and they are withered and somewhat drab-colored, but the upside down flowers are still on display, supported by long, graceful stems protruding above the surface of the snow. Pitcher plants flower for about two weeks at the beginning of summer, during which time their pollen is distributed (primarily by bees). After fertilization, 300 – 600 seeds form within each ovary. This is when the carnivorous pitcher leaves develop. In late fall, the “pitchers” begin to wither and the seed pods turn brown and split open, scattering seeds. In three to five years, the plants which these seeds grew into will begin flowering. 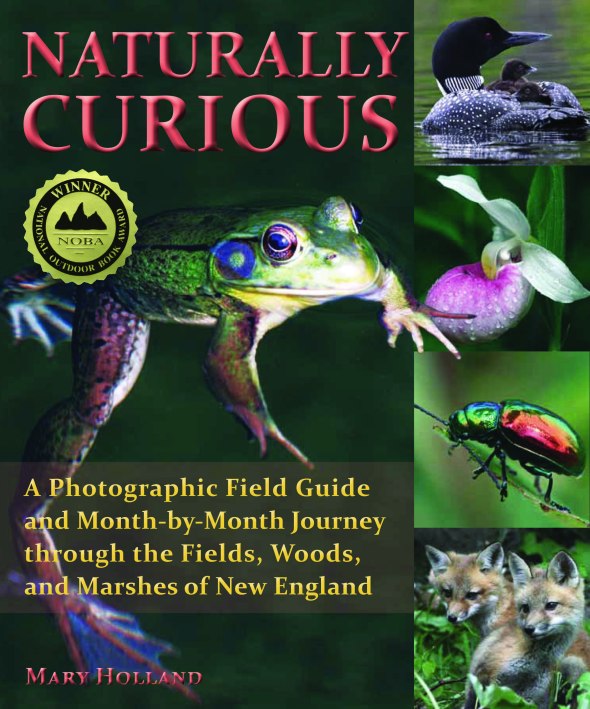 The Pitcher Plant (Sarracenia purpurea) is a well-known carnivorous plant of bogs. It gets some of its nutrients by trapping and drowning prey in rain water that is caught inside a modified leaf that forms a cup. While most people are familiar with the leaves of Pitcher Plants, unless you visit a bog in June, you’re not likely to see their unique flower. It is curved over when it’s mature and its sepals (modified leaves that protect the bud and are located above the petals in these photographs) are red-purple and pointed; the petals are red and rounded. An approaching insect would be guided into the flower between two of the sepals–it would land on a petal and climb into the flower onto the umbrella-shaped stigma (the sticky top of the female pistil) which I inverted in one photograph in order to show the male pollen-producing stamens. An insect entering the flower would brush against the stamens, collecting pollen on its back while pollen from a previously-visited Pitcher Plant would fall off the insect onto the sticky stigma on which it was standing, pollinating the flower.