The first thing you notice about a rabbit is its oversized ears which, as one might guess, enhance its ability to hear. The two ears can move independently of each other and can be rotated 270 degrees.

In addition to being designed to catch sound from any direction, rabbit ears regulate a rabbit’s body temperature. There is a very extensive network of blood vessels in a rabbit’s ears that provide a large surface area for heat exchange. These vessels swell (vasodilation) when the rabbit is hot, and contract (vasoconstriction) when it is cool, so much so that they are barely visible in cold weather. In the summer, the increased circulation of warm blood from the body’s core to the rabbit’s ears, where heat is lost to the cooler surrounding air, provides internal air-conditioning for the rabbit. (Photo: Eastern Cottontail)

Bobcats are capable of preying on animals as large as White-tailed Deer (which they rarely do), but far more frequently they choose the easier-to-catch rabbit or hare. Typically at dawn or dusk a Bobcat will head out to locate and stalk its prey, slowly getting close enough to pounce on it.  Although they sometimes eat their prey immediately, Bobcats often carry it to a concealed area under brush where they eat it. (see photo).  In this scene, in addition to leaving some of the hair of the Eastern Cottontail Rabbit it consumed, the Bobcat defecated, leaving its blunt-ended, segmented scat as further evidence of its presence (lower right in photo). (Thanks to Jody Crosby for photo op.)

A recent (1/22/21) Naturally Curious post on the color of Eastern and New England Cottontail and Snowshoe Hare urine mentioned that occasionally it turns blue after a few minutes in the sun due to consumption of the twigs and bark of the invasive shrub, European Buckthorn (Rhamnus cathartica). At the time of the post I had not had the opportunity to photograph it, but recently came across some so thought I would share it with you today!

With snow on the ground, it becomes evident that the urine of Eastern Cottontails, New England Cottontails and Snowshoe Hares is occasionally colored red or blue!  This is not indicative of disease — it is a result of their diet.

Phytochemicals are responsible for this oddity. Plants contain compounds that contribute to the plants’ color, taste and smell. When the plants are eaten by a rabbit or hare, these compounds pass through the animal’s system and come out in its urine, affecting the urine’s color. I am not aware of which plants produce the more commonly seen red urine, but compounds in the twigs and bark (the fruit is not often eaten by hares and rabbits) of the invasive European Buckthorn (Rhamnus cathartica) can turn rabbit and hare urine blue. (Initially the urine is yellow, but after about ten minutes’ exposure to the sun, it turns blue.)

As winter progresses, your chances of seeing blue urine increase, as much of the easily accessible nutritious food has been harvested and rabbits and hares resort to eating the less desirable twigs and bark of European Buckthorn. (Photo: Snowshoe Hare tracks and urine)

Naturally Curious is supported by donations. If you choose to contribute, you may go to http://www.naturallycuriouswithmaryholland 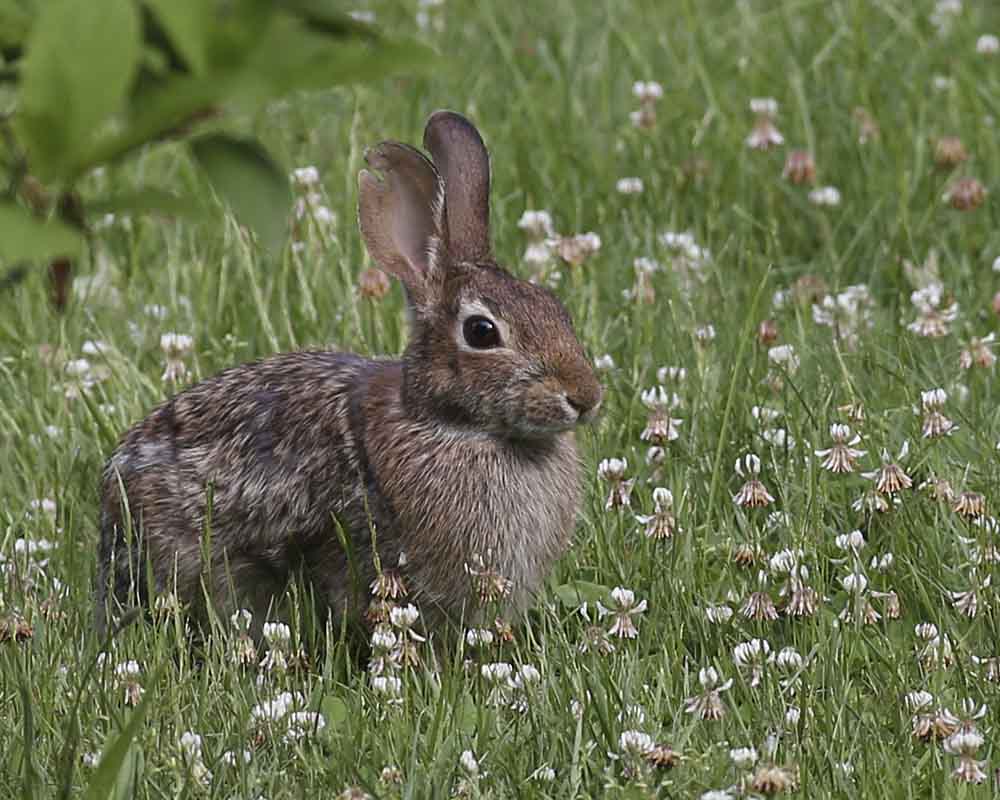