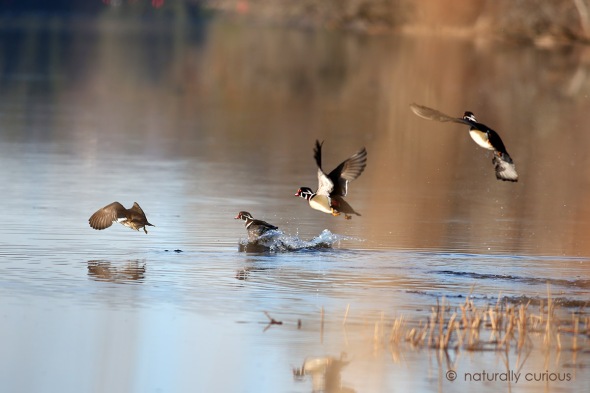 Northern New England birders starved for the sight of colorful waterfowl in their binoculars and scopes are celebrating the timely arrival of waterfowl in open bodies of water. Both ducks that will remain and breed here, such as Wood Ducks, as well as those that are just stopping to refuel on the way to their more northern breeding grounds, such as Green-winged Teal, have made their appearance in recent days, and many more will follow in the coming weeks.

Wood Ducks can be found year-round as far north as southern Vermont and New Hampshire, but further north we lose them to the south in the winter. Like most ducks, migrant Wood Ducks depart shortly around sunset or shortly thereafter, and are thought to fly most of the night at speeds of 37 miles per hour or more. As the sun rises, they descend to rest and refuel. Look for them in rivers, swamps, marshes and ponds, where they refuel during the day.

Green-winged Teal typically migrate in large bunched flocks of up to a few hundred individuals, mostly at night. They tend to spend days during their migration in shallow inland wetlands and coastal marshes, typically with heavy vegetation and muddy bottoms.  (Photo:  Wood Ducks)

(Please excuse absence of Naturally Curious posts this week due to illness and lack of internet access.) 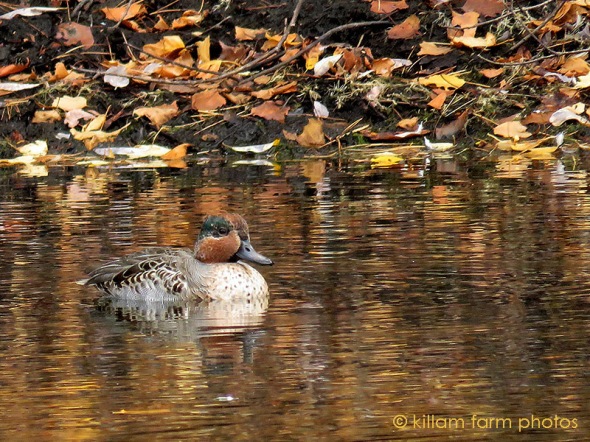