Flight of the Bumblebee 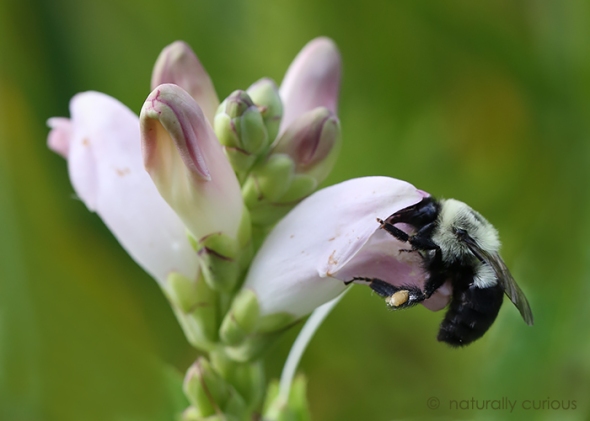 If you examine plants that are still flowering this late in the season (such as asters, goldenrod and late-blooming turtlehead) early in the morning when it’s still quite cool or late in the day, many of the pollinators you see will be bumblebees, not honey bees. One reason for this is that they have different temperature tolerances for flight. You rarely see a honey bee when the temperature is below 57°F as they cannot fly when it is this cool. Bumblebees, however, are capable of flight when the air temperature is as low as 50°F.

At rest a bumblebee’s body temperature will fall to that of its surroundings. If it is cool out, and the bumblebee wants to take flight, you can actually see its abdomen pumping to ventilate the flight muscles. An entomologist studying this phenomenon discovered that the rate of pumping can give an indication of the temperature of the bee. It ranges from around 1 pump per second when the bee is 86°F, to 6 pumps per second when it reaches 95°F.