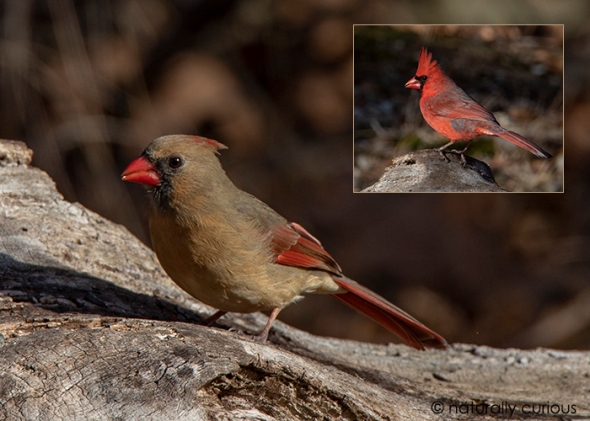 Thanks to warmer temperatures and a vast increase in the number of bird feeders, Northern Cardinals have expanded their range northward as far as Canada over the past century. Males get far more attention than females, due to their year-round brilliant red plumage. However, the female Cardinal is equally striking with her more subtle tan plumage highlighted with touches of red. Believe it or not, it is possible, albeit very rare, to find both of these plumages on one bird.

Recently an interesting phenomenon known as a bilateral gynandromorph was recorded in Pennsylvania — a cardinal whose body is half male, half female. (For a detailed explanation and video, go to https://www.nationalgeographic.com/animals/2019/01/half-male-half-female-cardinal-pennsylvania/?fbclid=IwAR2KbCmxuGxtGmKug2eLPS9JD6Vf_KV93OWgy0UsKuMAO-p_2soISJgM400.) Not just the plumage, but the anatomy of this bird is half male, half female. The way in which this gender division exists has a unique effect. According to National Geographic, “Most gynandromorph individuals are infertile, but this one may actually be fertile as the left side is female, and only the left ovary in birds in functional.” 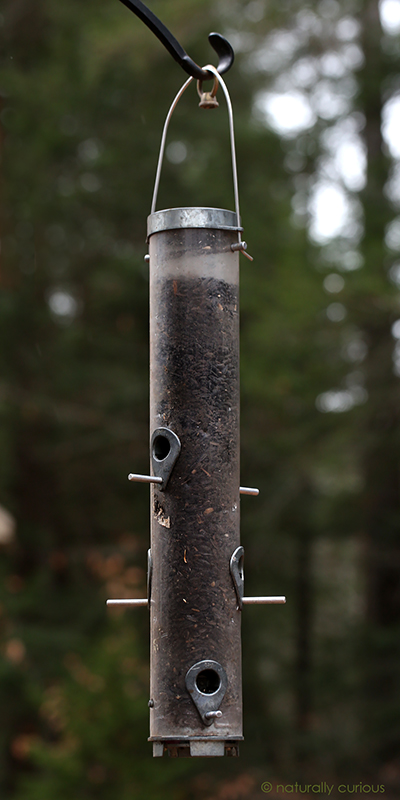 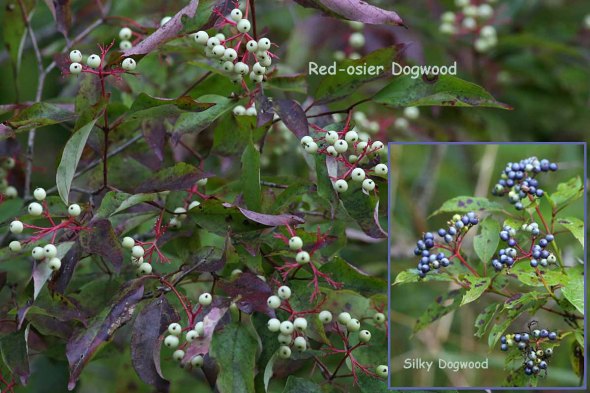 Some of the most prolific flowering shrubs in the Northeast are dogwoods. In the spring, their flowers attract attention and at this time of year their colorful fruit stands out. There are many species of dogwood, two of which are Red-osier Dogwood (Cornus sericea) and Silky Dogwood (Cornus amomum). These two shrubs can be hard to tell apart, as they both have white flowers, red stems and similar foliage. In the fall, however, the color of their fruit differs, as does their pith, or central stem tissue. The mature berries of Red-osier Dogwood are dull white and its pith is also white. Silky Dogwood’s blue berries have white blotches, and its stem and branches have a salmon-colored pith. 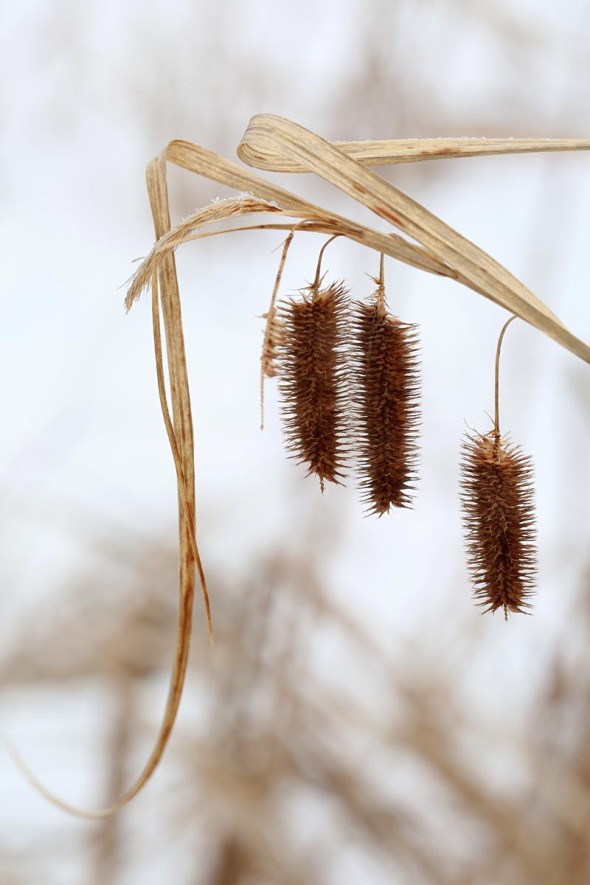 Over 500 species of sedges in the genus Carex are found in the U.S. – over half of the world’s total. The great majority of these perennial, grass-like plants grow in the moist soil of meadows, marshes and bogs, as well as in high altitudes. Sedges are often distinguished from grasses by their stem, which is typically triangular in cross-section (“sedges have edges”). The flowers of sedges, each surrounded by a bottle-shaped bract, or modified leaf called a perigynium, are clustered on spikelets. The tips of these bracts persist after the seeds have formed, giving the spikelets a prickly appearance.

Because of their wide availability, the seeds are eaten by many kinds of wildlife, especially birds. Wild Turkeys, American Woodcock, Northern Cardinals, Horned Larks, Snow Buntings, Lapland Longspurs, ducks, rails, sparrows, redpolls and finches relish them. In the Northeast, Carex seeds, along with insects, are the most regular items in the diet of Ruffed Grouse chicks. Moose also occasionally feed on sedge seeds. (Photo: Longhair or Bottlebrush Sedge, Carex comosa)

Why Cardinals Are Red 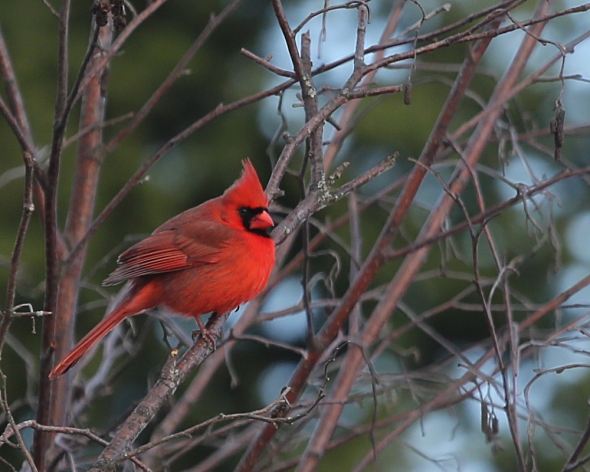 The diet of a Northern Cardinal consists mainly of seeds, fruits and insects (average annual consumption is 29% animal and 71% vegetable matter). As fall progresses, the proportion of vegetable matter in its diet increases until it reaches a high of 88% during winter. The red plumage color of both males and females (females have some red feathers in wings and tail) results from the ingestion of carotenoid pigments obtained from their diet during the fall molt (September/October). Fruits and insects are high in carotenoids, while most seeds are poor sources. According to Cornell Lab of Ornithology, new research has shown that brighter males have higher reproductive success and territories with greater vegetation density, and that plumage brightness in both the male (breast color) and female (color of underwing-coverts) is positively correlated with parental care (feeding nestlings).