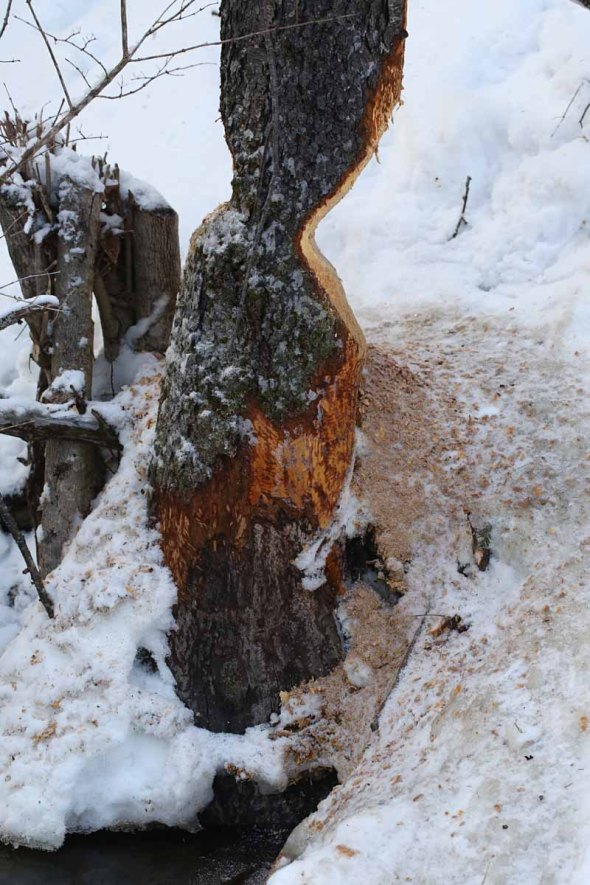 Some beavers are still managing to find openings in their ponds which give them access to fresh cambium, the soft layer of wood just under the bark of a tree. Cambium contains a lot of cellulose, in addition to starches and sugars. Like all herbivores, beavers do not possess enzymes that are capable of breaking down the large cellulose molecules (cellulases). In their place, beavers employ micro-organisms, such as bacteria, that can break down cellulose.

These bacteria are located in a pouch called a cecum, located at the beginning of the large intestine. (Ruminants such as moose and deer have rumens in place of ceca.) Colonies of these microorganisms in a beaver’s intestines digest up to 30% of the cellulose from the woody material that it eats. Further nutrients are recovered in the form of fecal pellets that the beaver re-ingests.