There are two white spring wildflowers that have nearly identical dissected leaves, are both suspended in multiple numbers from a single stalk, and have petals that form long spurs within which nectar is located. Their names are Dutchman’s Breeches (Dicentra cucullaria) and Squirrel Corn (Dicentra canadensis). Although Dutchman’s Breeches usually flowers a week or so earlier than Squirrel Corn, they can both be found flowering now. 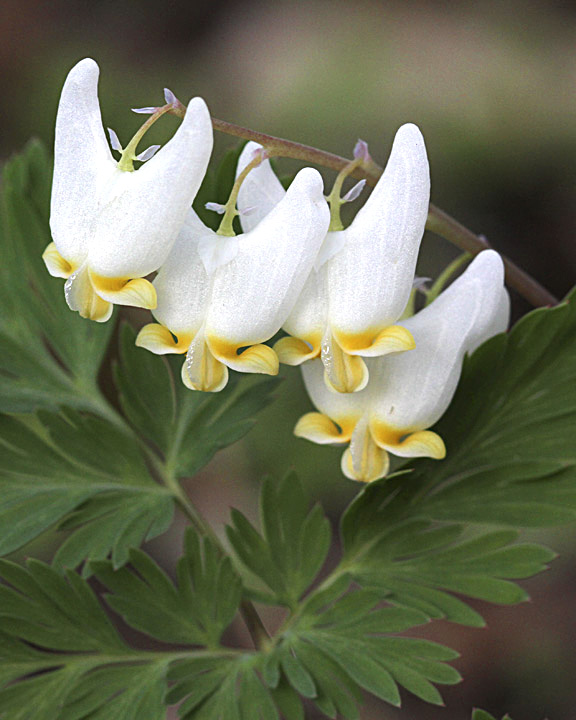 How incongruous that a spring ephemeral as beautiful as Dutchman’s Breeches (Dicentra cucullaria) is extremely debilitating to any cow that eats it.  The most common bovine symptom of poisoning by Dutchman’s Breeches is a staggering gait (it’s referred to as “staggerweed” by some farmers) and a decrease in milk production.  However, according to the Veterinary Medicine Library at the University of Illinois, there are far more severe symptoms. “Experimental feeding of these plants to steers caused sudden trembling which increased in severity, frothing of the mouth, ejection of partially digested stomach contents, and convulsions. The eyes became glassy, and the animals went down and moaned as if in pain.”  Certainly this is a plant one should admire and experience visually, not gastronomically.