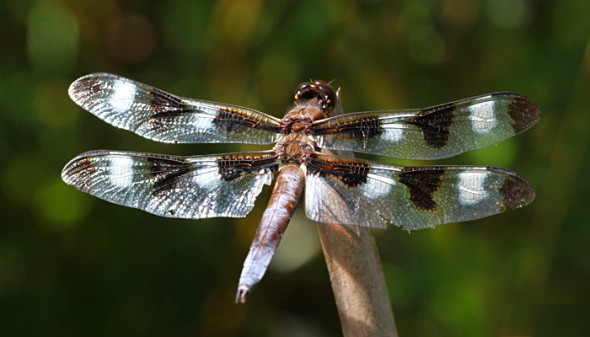 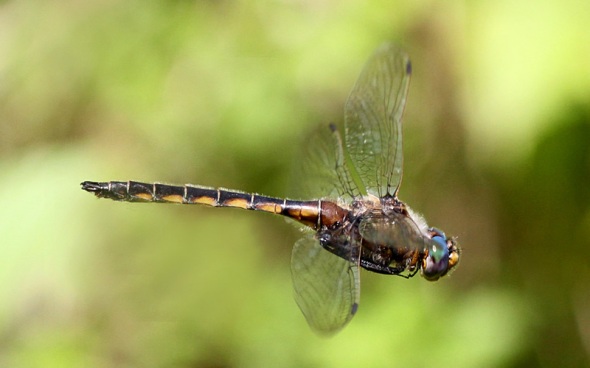 Beaverpond Baskettail dragonflies have an early flight season, first appearing in May in the Northeast.  The males (pictured) cruise over the water (often beaver ponds, hence their name) as well as the shore in sexual patrol flight, flying back and forth over the same area repeatedly.  After mating, the female accumulates a large egg cluster at the tip of her abdomen, and as she drags it along the surface of the water, a long string of eggs is draped over plants.  Once these strings expand, they can be several feet in length and an inch or more in diameter. 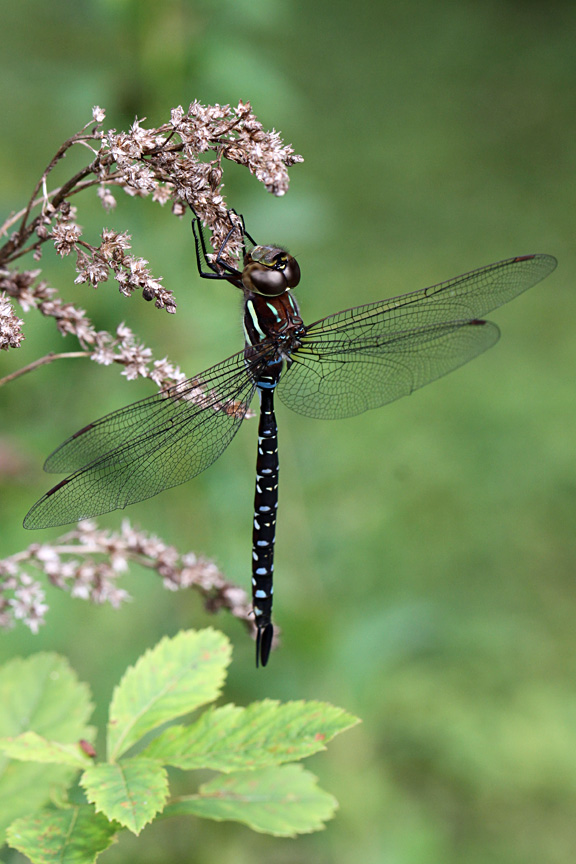 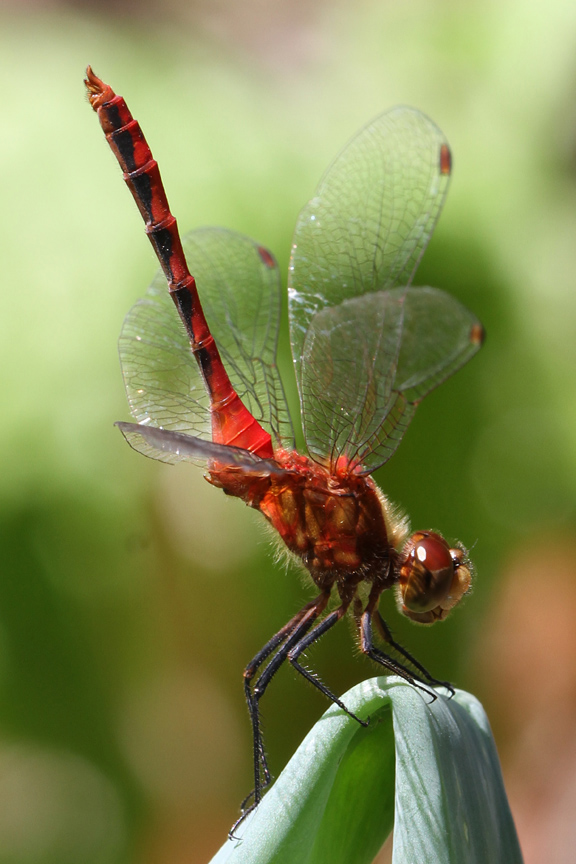 Often on hot, sunny days you will see dragonflies perched facing away from the sun, with their abdomens raised high in the air above them.  This position actually has a name – the obelisk posture – and some dragonflies and damselflies assume this position to prevent overheating.  They raise their abdomen  until its tip points at the sun, minimizing the surface area exposed to it.  The name given this posture comes from the fact that when the sun is directly overhead, the vertical alignment of the insect’s body suggests an obelisk. The meadowhawk dragonfly in the photograph  assumed  the obelisk posture several seconds after the sun came out from behind  the clouds.  As soon as the sun was obscured by clouds again, the dragonfly would lower its abdomen to a horizontal position. It continued doing this for a considerable amount of time.  Sometimes abdomens are raised for reasons other than temperature control, including threat displays during conflicts. 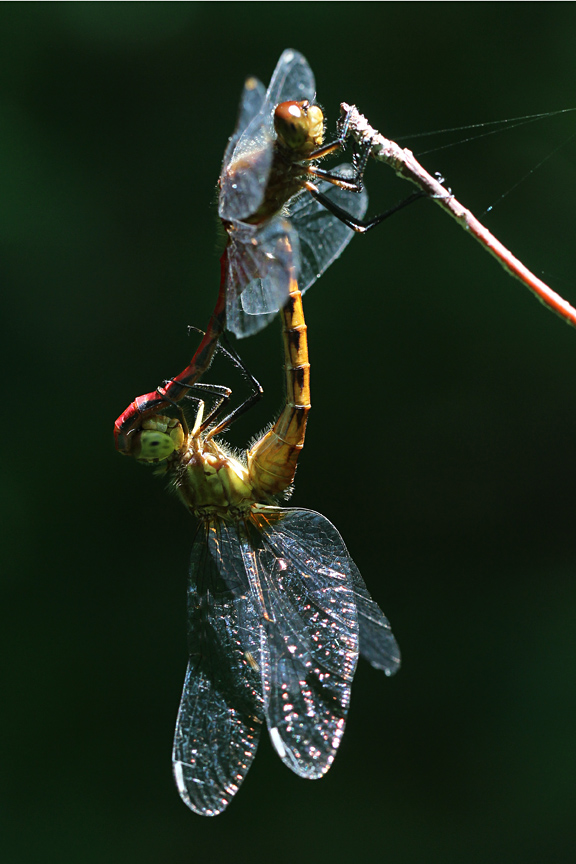 Dragonflies (and damselflies) form what is called a “mating wheel” when they mate.  The male (top) grasps the female at the back of her head with the appendages at the tip of his abdomen. The female then curls her abdomen forward so that its tip reaches his sex organs and receives his sperm.  After mating, the male may continue to grasp the female and accompany her while she lays her eggs, to prevent another male from removing his sperm from the female and then mating with her.