Northern Leopard Frogs (Lithobates pipiens) are often found in wet, grassy meadows where they spend the summer after breeding in a body of water.  Come fall, they typically migrate towards the shoreline of a pond, traveling up to two miles in order to do so.

Northern Leopard Frogs cannot tolerate freezing temperatures, so as it begins cooling off in October and November, these irregularly-spotted amphibians seek protection by entering the water and spending the winter months hibernating on the bottom of the pond. They are sometimes covered with a thin layer of silt, sometimes not. Usually they clear the area either side of themselves in order to facilitate respiration. Movement, if there is any, is very slow. 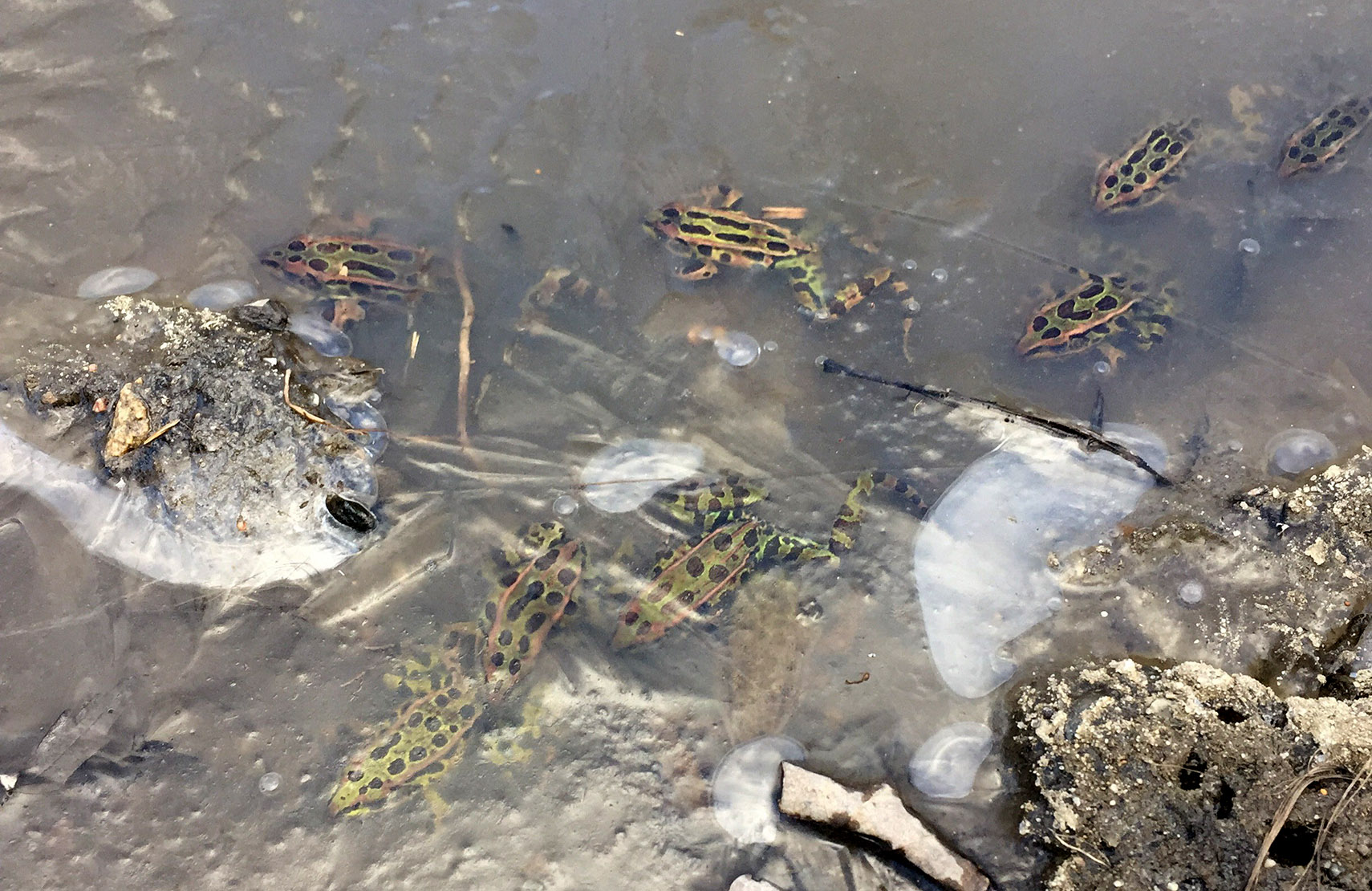