Determining the Sex of a Painted Turtle

It’s pretty difficult to determine the sex of a Painted Turtle unless you’re extremely close to it, and they are so wary when basking that it takes some maneuvering to get a bird’s eye view of one.  If you should be so lucky as to approach a Painted Turtle without having it slip into the water long before you get near it, take a look at the nails, or claws, on its front feet.  Males have long claws, female short. The male uses his long claws to stroke the female’s head and neck during courtship, as well as to hold on to the female’s shell when they mate.  When trying to determine the gender of a Painted Turtle, it helps when you find the two sexes together, as you can easily compare the relative length of their claws.  In the photograph, the male Painted Turtle is on the left, female on the right. 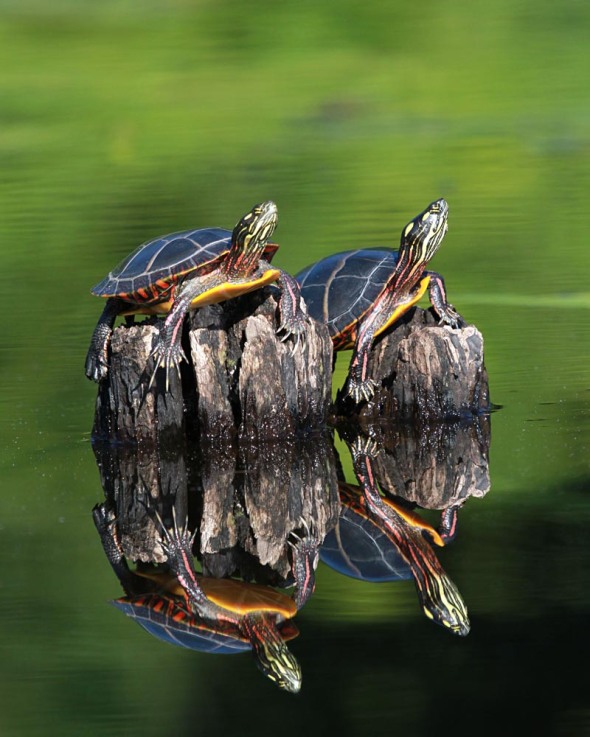 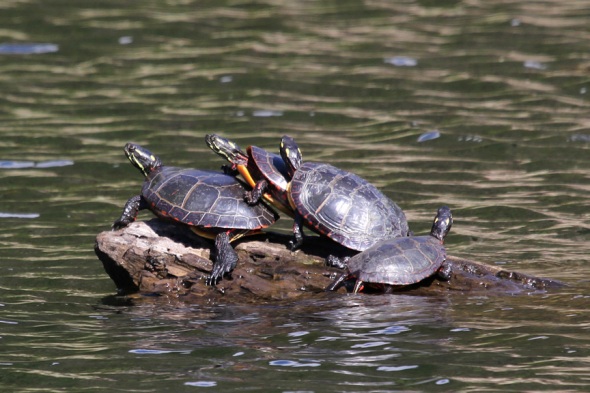 After spending several months hibernating in the mud at the bottom of ponds, painted turtles are out, basking in the sun.  Because they are ectothermic, or cold-blooded, they are the same temperature as the air around them.  In order to warm up and also to properly digest their food, painted turtles bask in the sun, and there is great competition for safe basking locations, such as rocks and floating logs. When these ideal basking sites are limited, the turtles will pile up one on top of the other, staying that way until the bottom turtle gets good and tired of supporting the turtles on top of it, and wobbles enough to make the turtle tower tumble.