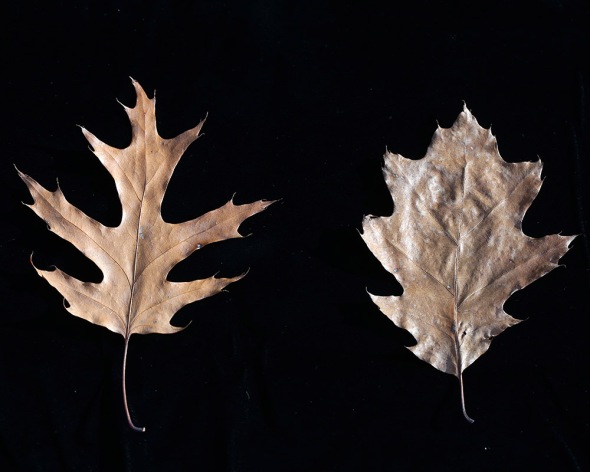 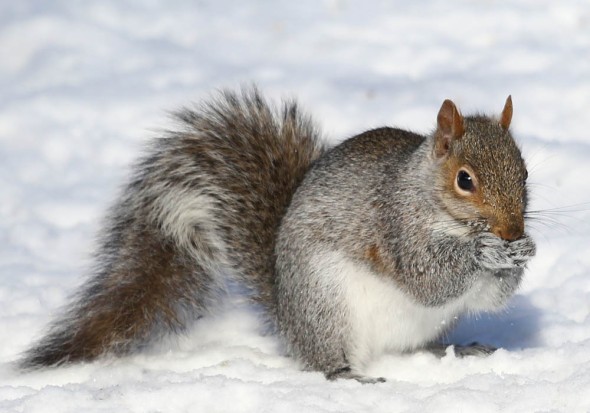 In the fall, Eastern Gray Squirrels bury individual acorns from Red and White Oaks to sustain themselves through the winter. The acorns of Red Oaks have delayed germination – they can be stored up to six months before they start germinating. The acorns of White Oaks, however, have no such dormancy, and begin to germinate in the fall, soon after they fall from the tree. Once acorns sprout, they are less nutritious, as the seed tissue converts to the indigestible lignins that form the root. Gray Squirrels, as a means of “long-term cache management,” selectively remove the embryos from White Oak acorns (but not from Red Oak acorns) before burying them. Germination is prevented, and the storage viability of the White Oak acorns is extended by six months, equaling that of the Red Oak acorns.