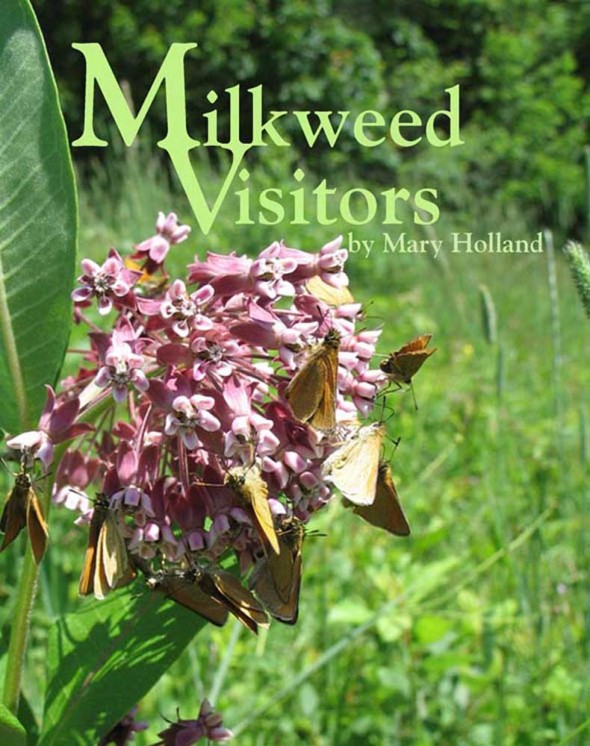 Milkweed is in full bloom right now, presenting the perfect opportunity for young and old alike to discover the multitude of butterflies, beetles, bees and other insects that are attracted to these magnificent flowers. If you visit a milkweed patch, don’t leave before getting a good whiff of the flowers’ scent – one of the sweetest on earth. How many of the insects you find are carrying milkweed’s yellow pollen “saddlebags” on their feet? You might want to check out my children’s book, MILKWEED VISITORS, which I wrote after spending the better part of one summer photographing the various insects I found visiting a milkweed patch. ( http://basrelief.org/Pages/MV.html ) 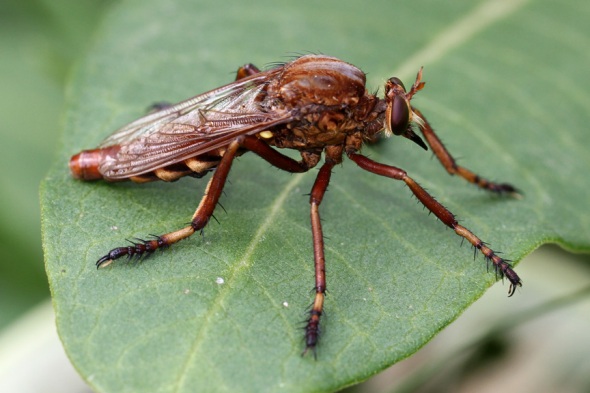 Robber flies have been covered in a previous posting, but their beak, or proboscis, deserves its own post, in my opinion.  These predators perch and scan the sky for prey. When they see it they  anticipate the prey’s direction and speed of flight and fly out and intercept it mid-air.  Their objective is to paralyze the prey and  liquify its insides so that the fly can drink it.  The tip of the robber fly’s beak is covered with microscopic stiff bristles, designed to secure it within the wound it creates. Once this is achieved, a dagger-like shaft hidden inside the beak is used to stab its victim in the head or thorax and inject the paralyzing  neurotoxic and digestive enzymes.  The resulting fluid is sucked up by the fly’s beak, or proboscis.

Robber flies often perch on the leaves or stems of low plants waiting until suitable prey flies by, and then attack it in the air.  They have long, strong, spiny legs for grabbing prey, and piercing-sucking mouthparts for consuming it.  Robber flies prey on a variety of insects, including bees, beetles, bugs, dragonflies, grasshoppers, flies, leafhoppers and wasps. Once they capture an insect, they pierce it with their short, strong proboscis, or mouthpart, and inject  their saliva into it.  The saliva of robber flies contains enzymes that paralyze the insect and digest its insides, which the robber fly then drinks. The pictured robber fly is feasting on the innards of a stink bug it just captured.