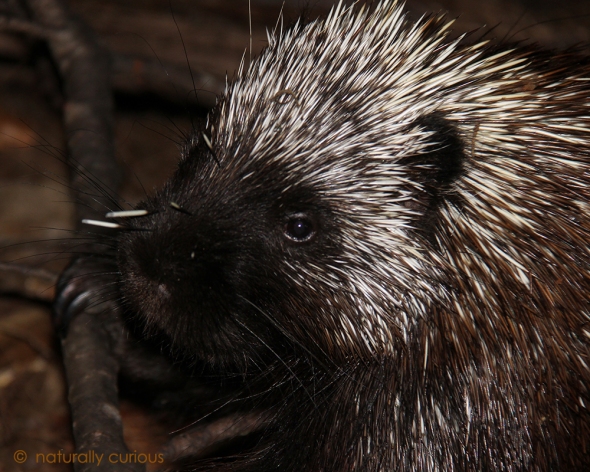 Porcupines possess roughly 30,000 quills — hollow, modified hairs which are made from the same material (keratin) as feathers,claws, scales, hairs and fingernails. They cannot “shoot” their quills anymore than we can shoot our hair, but their subcutaneous muscles can cause the quills to become erect as well as loosen them so that when touched, the quills are easily released. Each quill possesses between 700 and 800 barbs along the four millimeters or so nearest its tip. It is these barbs that help a quill remain embedded in the tissue of a predator.

Researchers have found that barbed quills penetrate deeper into muscle than quills without barbs, and require half the penetration force. They have been found to be four times harder to pull out than barbless quills. It has been suggested that the barbs ease the quill’s penetration by concentrating force along the edges of the barbs, similar to how the serrations on a knife blade make cutting meat easier.