There are roughly 85 species of North American birds that are cavity nesters – birds that excavate nesting holes, use cavities resulting from decay (natural cavities), or use holes created by other species in dead or deteriorating trees.   Many of them get a jump start on open-nesting birds, due to added protection from the elements. Barred owls, titmice, chickadees, wood ducks, woodpeckers, bluebirds, mergansers – many have chosen a nest site and are busy excavating, lining a cavity or laying eggs long before many other species have even returned to their breeding grounds.

The reduced risk of predation a cavity nest experiences is reflected in several ways:  many cavity-nesters have larger clutches of eggs than open-nesting birds and cavity-nesting young also spend a relatively longer period of time in the nest before fledging. When in the woods, keep an eye out for snags (standing dead trees) and stumps, for they provide housing for many cavity-nesting birds.  (Photo: Black-capped Chickadee removing wood chips from the cavity it’s excavating in a rotting stump.) 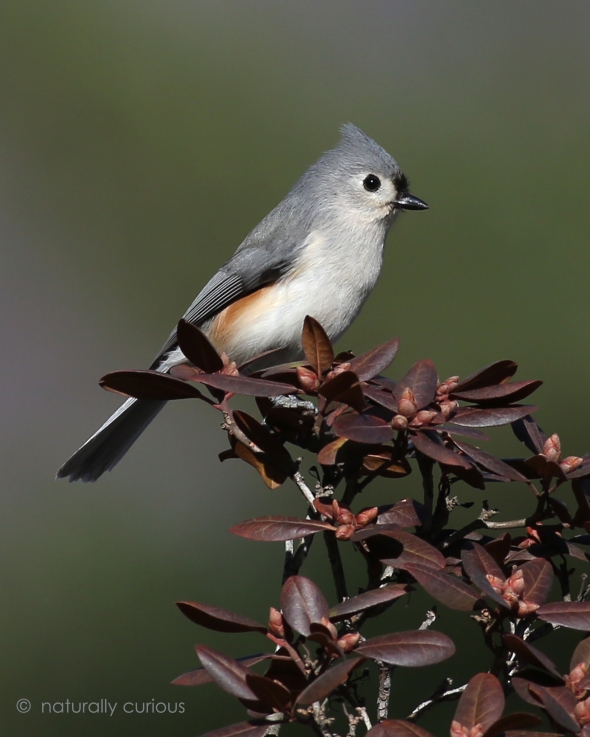 The two-note “Peter-Peter” song of the Tufted Titmouse has just started to ring out through northern New England woods. Although titmice may pair up any time of year, the singing of the males is still a vital part of establishing territory and courtship. The rate and the volume at which these songs are sung is highest during pre-nesting, nest-building, egg-laying and incubation.

While the Tufted Titmouse’s song is familiar, its calls are more numerous and varied. Twelve different Tufted Titmouse calls have been identified. They range from the ‘chick-a-dee’ and ‘seet’ calls made in reponse to predators, to the hissing done by a female titmouse in a cavity, defending her nest.

To hear both songs and calls of the Tufted Titmouse, go to https://www.allaboutbirds.org/guide/Tufted_Titmouse/sounds. 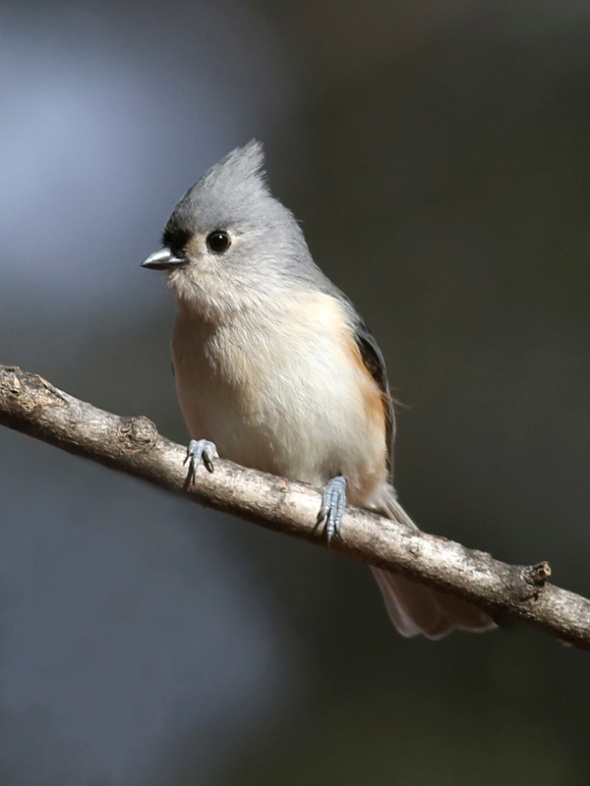 “Peter – Peter – Peter.” “Peter – Peter – Peter.” The song of the tufted titmouse is one of the first bird songs heard in late winter. Unlike its scratchy, nasal call note, the titmouse’s song is a relatively loud, clear, two-note whistle which is repeated rapidly up to 11 times in succession. If you become aware of it, it can even become a bit monotonous. While it is mostly males that do the singing, females sometimes give voice to a softer version of this song.