One of the easier hawks to identify in flight, Northern Harriers sport a white rump at the base of their tail which is readily visible as they glide low over fields and marshes seeking prey.

Unlike other hawks, Northern Harriers possess an owl-like facial disc of short, stiff feathers which direct sound towards the bird’s ears; they use their sense of hearing as well as their acute vision to locate small mammals and songbirds. Another distinction between Northern Harriers and most hawks is their sexual dimorphism – males are grey and females brown.  (Photo: juvenile female Northern Harrier – note dark brown eyes which will become yellow with age)

The Common Green Darner, Anax junius, is one of our largest dragonflies, measuring three inches long, with a four-inch wingspread. It is strikingly colored, with a green thorax and a bright blue (male) or reddish (female) abdomen. As if that weren’t enough to set this dragonfly apart, it is also migratory. Common Green Darners migrate south from August to November, stopping over (like migrating birds) occasionally along the way, resuming flight after resting and refueling. Thanks to radio telemetry, we now know that over a two-month migration, Common Green Darners, each weighing about one gram, can migrate over 400 miles. (Photograph is of a Common Green Darner perched on Bottle Gentian.)

A frog’s tympanic membrane, or tympanum, is the circular patch of skin directly behind its eye that we commonly call its eardrum. It functions much like our eardrum does –the tympanum transmits sound waves to the middle and inner ear, allowing a frog to hear both in the air and below water. In addition, this membrane serves to keep water and debris from entering a frog’s ears. In some species of frogs, such as the Green Frog, American Bullfrog and Mink Frog, their gender can be determined by the size of their tympanum relative to their eye: the male’s tympanum is larger than its eye, the female’s is equal in size or smaller than its eye.

Meadowhawks are the only small red dragonflies seen in New England (most males are red, most females are brown).The latest species of dragonfly flying in the fall in this area is the Autumn Meadowhawk (Sympetrum vicinum), which doesn’t emerge until mid-summer. It seems a bit incongruous to observe these dragonflies not only flying, but mating and laying eggs in late October, but that is exactly when you can expect to see them. Until there have been several hard frosts, these winged masters of the air are able to keep active by basking in the sun and warming their flight muscles. The two pictured Autumn Meadowhawks are copulating in the typical “mating wheel” fashion, with the male grasping the female behind her head while the female places the tip of her abdomen at the spot on his abdomen (the seminal vesicle) where he stores his sperm. The female Autumn Meadowhawk lays her eggs in tandem with the male (his presence prevents other male meadowhawks from replacing his sperm with their own). 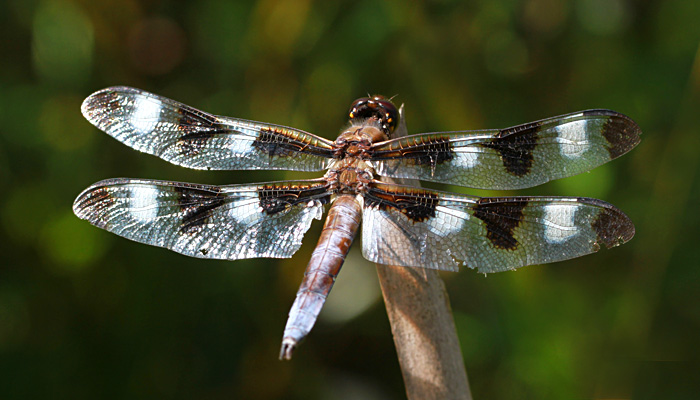 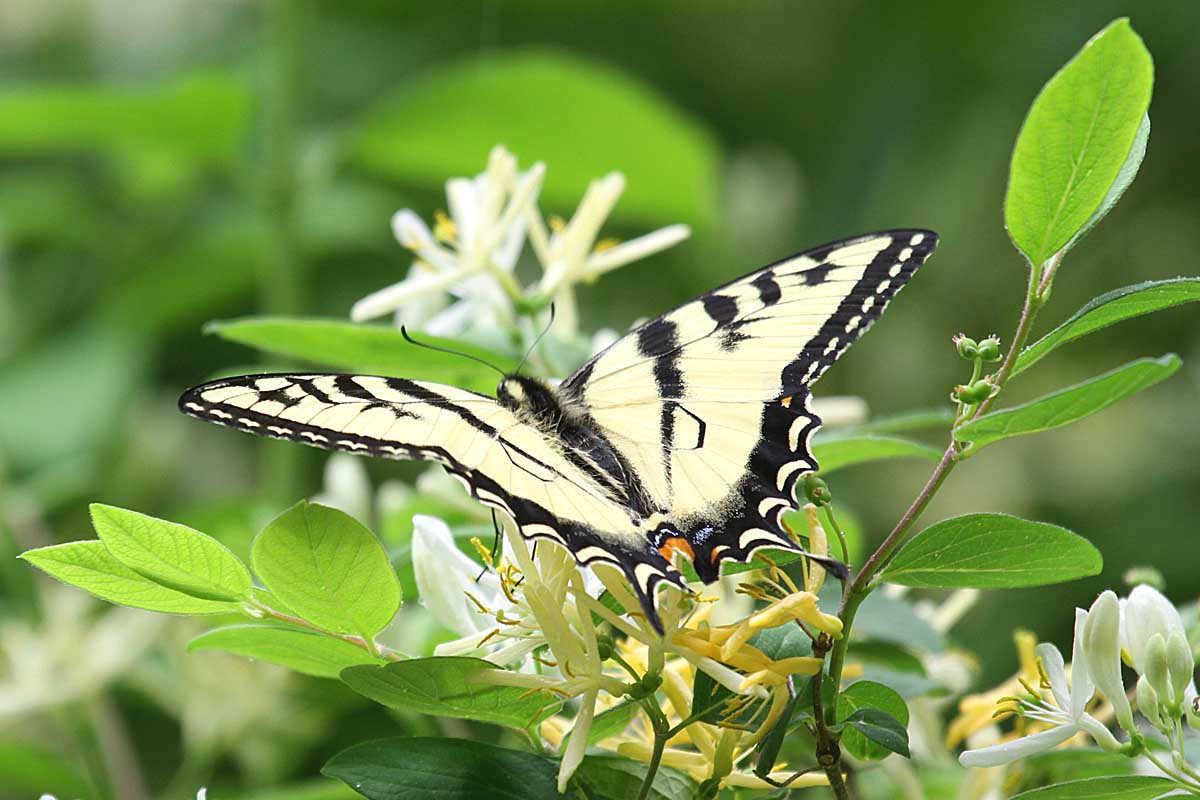 The male Eastern Tiger Swallowtail butterfly (pictured) is yellow with four “tiger stripes” on each of its forewings. The female can be yellow or black, and has more blue on the hind wings than the male. Eastern Tiger Swallowtails are currently mating and laying eggs on plants which their larvae eat, which include black cherry, red maple and American hornbeam. When the caterpillars first hatch, they resemble bird droppings – an effective way of decreasing predation. As they get older, the larvae turn green and have a large head and bright eyespots. 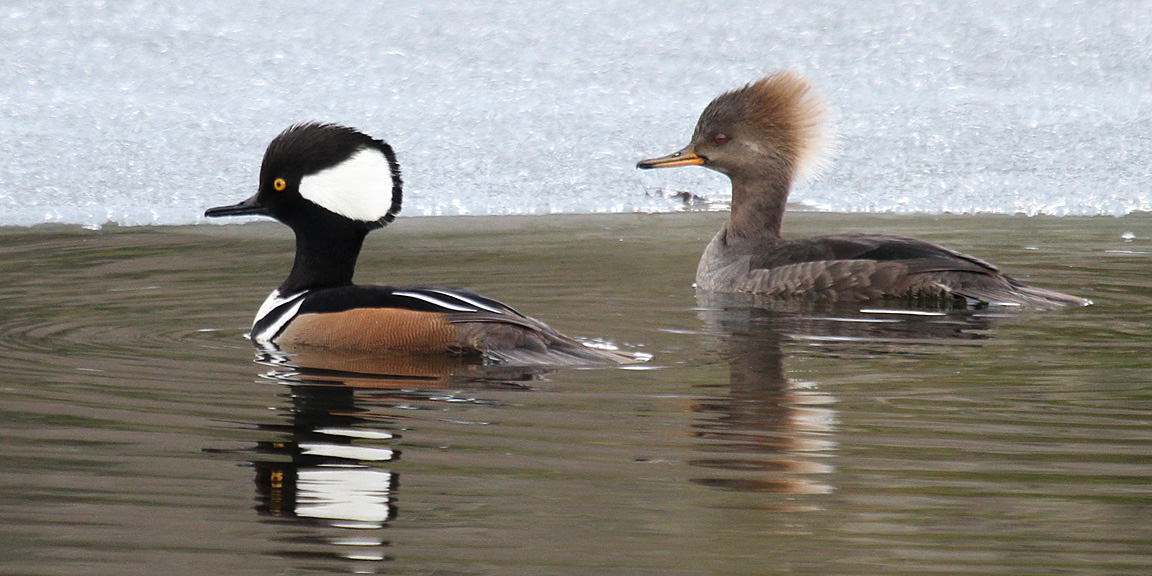 A few hooded mergansers, small fish-,insect- and crayfish-eating ducks of wooded ponds,  can be found year round in northern New England, but their numbers swell in March and April, when many migrant birds return to breed, and  others  stop over on their way further north.  Standing dead trees, or snags, provide nesting cavities for these beautiful, “hammerhead” crested ducks. (Male hooded merganser on left and female on right in photograph.)