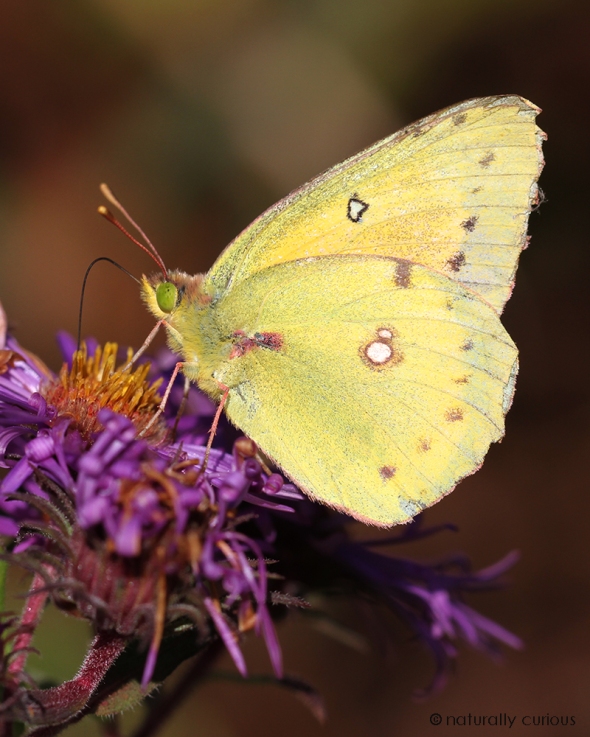 The chewing mouthparts of a butterfly larva, or caterpillar, undergo changes when the larva develops into an adult butterfly. They are turned into a tube consisting of two parts, or galeae, that when joined form a structure called a proboscis. The proboscis looks like a straw, and has long been thought to act like one. It is often referred to as a sipping tool through which nectar is obtained by butterflies. However, recent discoveries have scientists thinking that the proboscis works more like a paper towel than a straw.

The liquid that a butterfly feeds on in addition to nectar – animal tears, juice inside decomposed fruit, tree sap, sweat, liquid contained in scat – is so viscous that sipping or pumping it through the proboscis, or feeding tube, would require an enormous amount of pressure. It’s been suggested by entomologist Konstantin Kornev of Clemson University that butterflies draw liquid upwards using capillary action – the same force that pulls liquid into a paper towel. The proboscis actually resembles a rolled-up paper towel, with tiny grooves that pull the liquid upwards along the edges, carrying along the bead of liquid in the middle of the tube. (Photo: Sulphur Butterfly on New England Aster)